The restoration of devolved government and power sharing between the Democratic Unionist Party and Sinn Féin.

After decades of violence, more than 3,000 dead and nine years after the Good Friday Agreement, unionists and nationalists have buried their differences in the interests of governing Northern Ireland together.

It is a special day because we are making a new beginning and I believe we are starting on a road which will bring us back to peace and prosperity.

What people are going to witness today is not hype but history and what we are going to see today is one of the mightiest leap forward that this peace process has seen in almost 15 years.

Addressing the assembly, Taoiseach Bertie Ahern noted that while Northern Ireland's turbulent past cannot be forgotten, it is now entering a new era.

The events that we’ve had the privilege of witnessing are a powerful statement that peace is not impossible and conflict is not inevitable.

In advance of the arrival of British Prime Minister Tony Blair, there were some scuffles between anti-war protesters and the Police Service of Northern Ireland. However, five years after the first failed attempt, the new power sharing assembly at Stormont started smoothly.

An RTÉ News report broadcast on 8 May 2007. The reporter is Brendan Wright. 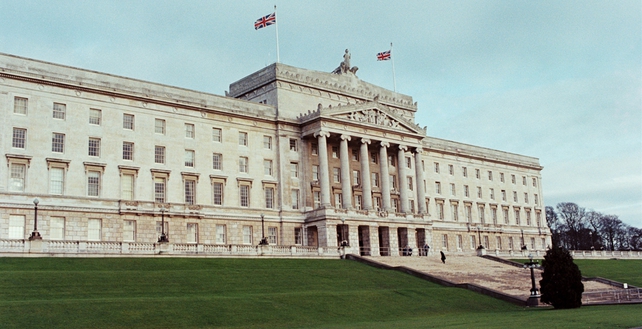