The United Kingdom devolved political power to the Northern Ireland Assembly on 2 December 1999. The new power-sharing executive replaced direct rule from Westminster, which had been in operation since 1972.

Shortly before 8.30pm, the IRA informed the RTÉ newsroom that it had appointed an interlocutor to enter into discussions with the decommissioning body. Earlier, at an official ceremony in Iveagh House in Dublin, Irish Minister for Foreign Affairs David Andrews and Northern Secretary Peter Mandelson had signed documents enacting the British Irish Agreement. Mandelson spoke of a new chapter opening for the people of Northern Ireland while Andrews described it as a red letter day.

An RTÉ News report from 2 December 1999. The reporter is Charlie Bird. 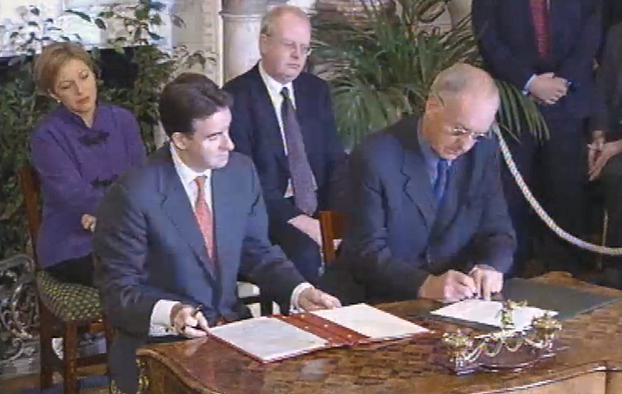