In a bid to to escape the violence in Northern Ireland people cross the border in unprecedented numbers putting immense pressure on the designated centres.

Some of those who had left their homes in Northern Ireland are being housed and fed in Ballymullen Barracks in Tralee, County Kerry which is one of the designated centres set up by the government.

There were complaints about conditions being so poor in some refugee centres that a number of those who had fled initially, decided to return home.

Kevin Myers interviews some of those people returning to Belfast. The general feeling is that the camps were overcrowded and the staff were not able to cope with such numbers, although they did the best they could. One man returning from the Gormanston Camp in County Meath was unhappy to be housed in a marquee with soaking blankets for cover. Another returning woman is angry there was no food for the children.

Barry Linnane interviews a Protestant woman forced out of her home. Threatened for two years, she had to get out for the safety of her children. She is entirely dependent on charity and voluntary help and had no idea what the future holds.

One young woman is unhappy about the lack of official support.

The people are giving it but the welfare and the government have done nothing for them.

An RTÉ News broadcast on 13 August 1971. The reporters are Kevin Myers and Barry Linnane. 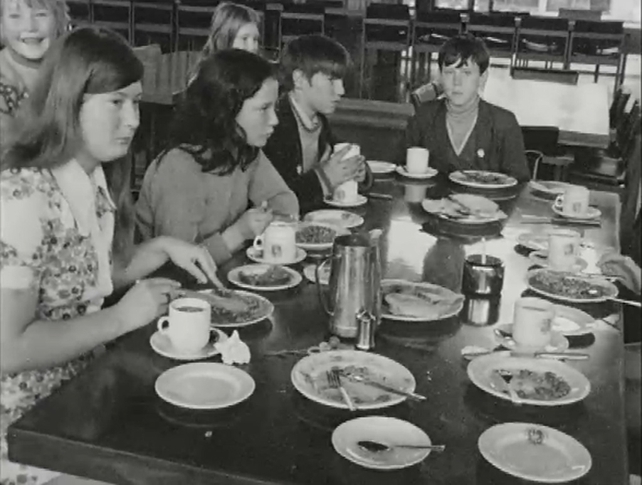 Refugees in Ballymullen Barracks in Tralee