'Radharc The Sanctuary Trial' looks at the plight of refugees fleeing from Central America to the USA where their status is that of illegal alien.

The programme takes a look at the Sanctuary movement who try to help refugees, fleeing Central America and facing deportation on their arrival in the United States of America. As a result of their work in aiding refugees, 12 members of the movement are going on trial for smuggling and harbouring illegal aliens in Arizona. While the Sanctuary Movement views these people as refugees, the US authorities sees them as illegal aliens.

This episode of Radharc was broadcast on 22 October 1985. 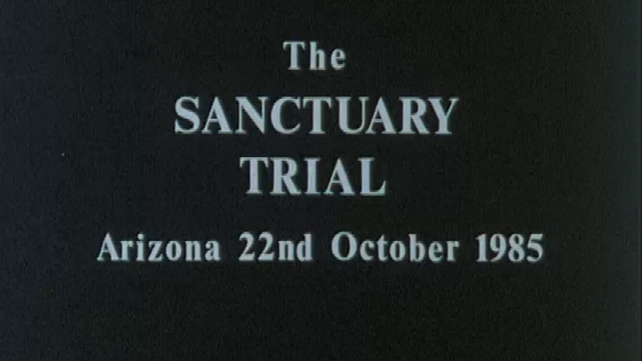