Jerry McCabe, a member of the Garda Síochána is killed in Adare, County Limerick.

One detective Garda is shot dead and a second injured in Adare, County Limerick by members of the Provisional IRA, during the attempted robbery of a post office van.

Detective Jerry McCabe and his colleague Ben O'Sullivan both 52 were escorting a Post Office truck making cash deliveries in the area.

Three guys in army fatigues and balaclavas jumped out of the jeep and attacked the patrol car and started shooting. I jumped off the tail of the truck and moved onto the footpath. I had my hands in the air because I thought that they were in such as state that they would have shot anybody that passed.

At a press conference in Limerick City Gardaí told journalists that they had a report of suspicious activity near the Woodlands Hotel, a mile outside Adare earlier in the morning. They appeal for similar information from the public. 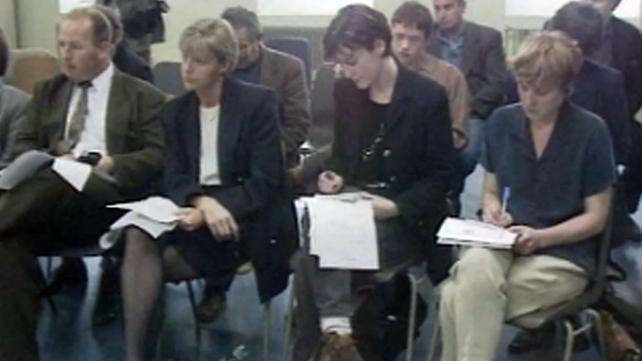 An RTÉ News report broadcast on 7 June 1996. The reporter is Cathy Halloran.