Gay Byrne climbs into his chaps for a production of Oklahoma which is to go out live on RTÉ Radio 1.

The production of the Rodgers and Hammerstein musical 'Oklahoma' will be broadcast with an 80 strong chorus and the music of the RTÉ Orchestra.

Cathy Herbert chats to Gay Byrne in Studio 1 as final preparations are under way for the programme.

The idea for the production came following the success of other musical items on 'The Gay Byrne Show' such as the 'Singing in the Bath' competition. Over 500 people from all around Ireland auditioned for the production and Gay Byrne commends the participation of all those involved.

Gay Byrne takes on the role of Andrew Carnes and performs one of the best known songs from the musical 'The Farmer and the Cowman'. 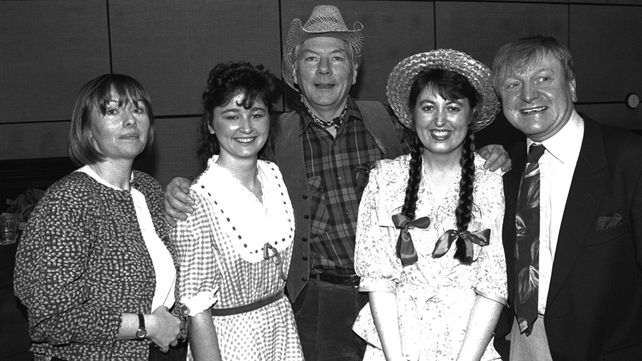 Gay Byrne with some cast and crew of Oklahoma (1991)

In an article in the RTÉ Guide to coincide with the broadcast, producer Kevin Hough describes the production as,

An RTÉ News report by Cathy Herbert broadcast on 12 January 1991. 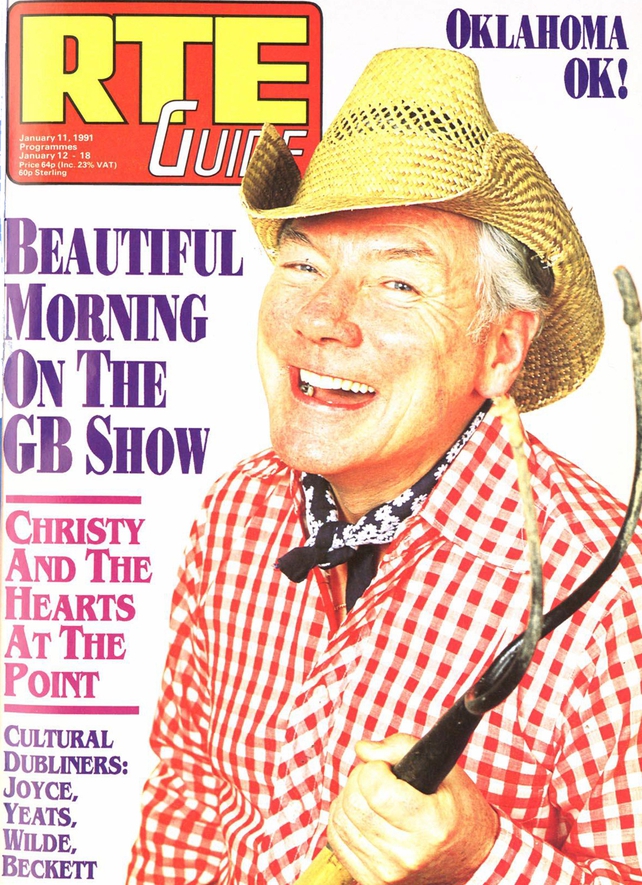 Gay Byrne on the Cover of RTÉ Guide, 11 January 1991 to promote Oklahoma