'I Keano' the musical opens at The Olympia in Dublin.

A thinly veiled account of the bitter row that divided the nation.

In 2005 the Saipan controversy from Ireland's World Cup 2002 came to the stage. 'I Keano', the musical, follows the row between Roy Keane and Mick McCarthy, but is set in ancient Roman times.

Fail to prepare, prepare to fail.

Anne Marie Smyth was at rehearsals in the Olympia where she spoke to actors Mario Rosenstock, Risteard Cooper, Gary Cook, and writer Arthur Mathews. Commenting on the story of the production Mario Rosenstock says

It has that classic conflict so if you just ham it up and camp it up a bit, it makes for a great Roman and Greek epic. 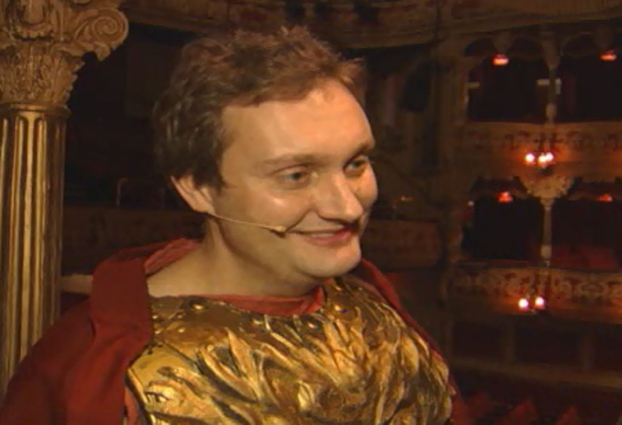