Charles Haughey offers an open invitation to the Irish living in Britain to come home and take part in the building of a new, modern and dynamic Ireland.

I represent, I suspect, more Irish men in the House of Commons than I think Mr. Haughey does in the Dáil.

Haughey also addresses the guests commenting on the continued need for "collaboration and cooperation" for the development of these two islands, and emphasises the importance of the role to be played by the Irish community in Britain in this regard. He continues by inviting Irish immigrants living in Britain to come home and take part in the building of a new, modern and dynamic Ireland. 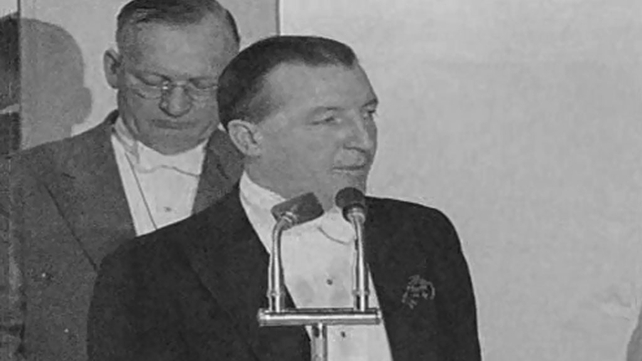