Complaints over RTÉ advertising sweets during the Lenten period.

During the weeks leading up to Easter, many observe the tradition of fasting or giving up something. This could be abstaining from smoking or alcohol, and for many chocolates and sweets.

Presenter of RTE's 'Mailbag' programme Arthur Murphy responds to viewer complaints about advertisements for sweets during Lent on RTÉ television.

Margaret Fagan and Pat Nolan assist Arthur Murphy in getting through the pick of the week's letters.

They shouldn't show so many ads for sweets and bars.

Arthur Murphy suggests that Emily and Michael could give up watching television for Lent.

This episode of 'Mailbag' was broadcast on 19 March 1987. The presenter is Arthur Murphy. 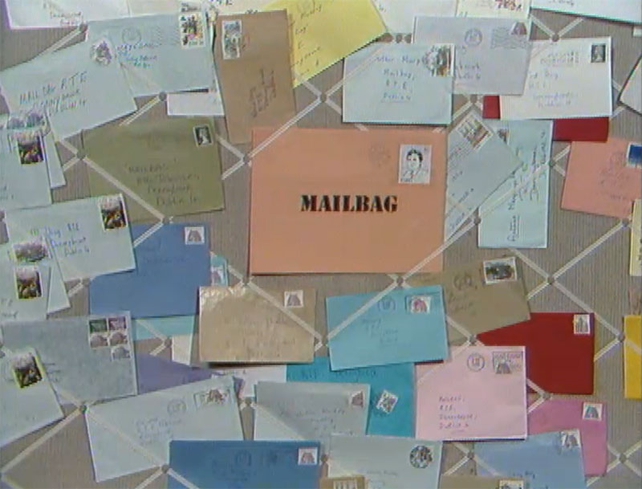