As the Dunnes Stores strike against apartheid continued into January 1985, the strikers had a new moral boost from a recent meeting with Bishop Desmond Tutu, who had asked to see them on his way to collect the Nobel Peace Prize in December 1984.

Pat Butler reports on the meeting for 'Féach'. He also meets strikers Mary Manning and Cathryn O'Reilly on the picket line. Manning tells him how the strike began in July 1984, when she refused to handle South African goods at a checkout. 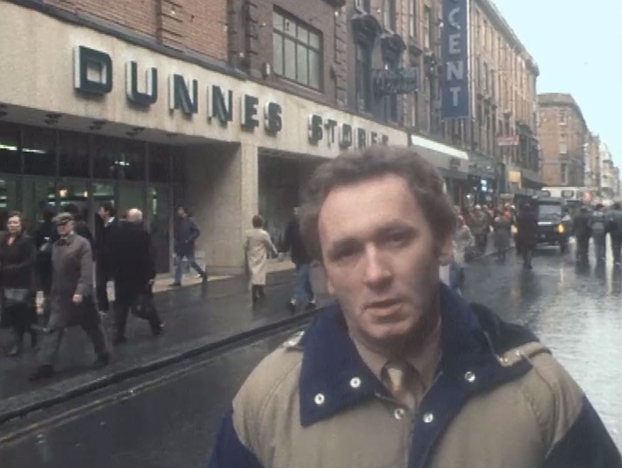