In response to an official union directive to boycott South African produce, 11 members of Dunnes Stores staff have been striking for 9 months and the dispute continues.

In 1985 a strike by workers at Dunnes Stores against apartheid was getting more attention abroad than at home. Current affairs programme 'Today Tonight' met some of the strikers as the dispute went into its ninth month.

The strike began on 19 July 1984, when checkout-operator Mary Manning refused to handle South African fruit, in keeping with a trade union instruction issued in protest against the apartheid regime in that country. She was suspended and nine other workers walked out in support. A picket was placed outside their Henry St branch in Dublin, beginning a dispute that would last for two years and nine months.

In this extract, strikers Cathryn O'Reilly, Alma Russell, Sandra Griffin and Karen Gearon talk about people's reactions to them and the lack of support, but they're not prepared to go back to work.

We're not going back to work unless we get the moral right to refuse to handle South African goods.

The report also includes Bishop Desmond Tutu greeting some of the strikers at Heathrow airport where he praises their courage in fighting for a cause that they believe in. Bishop Tutu comments

I would like to see a groundswell of support coming their way but they certainly have made their point and at very great cost to themselves. 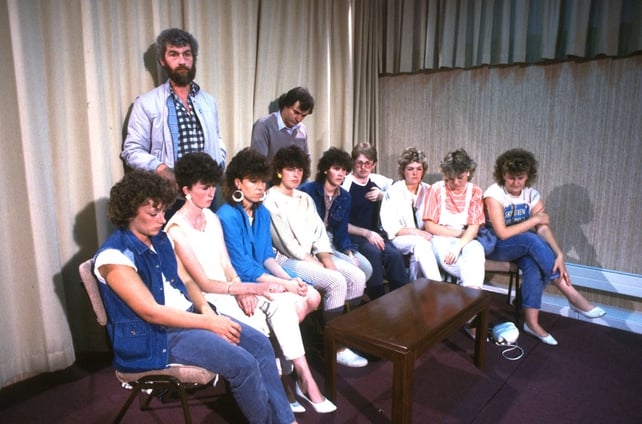