Michael Ryan investigates the Irish Naval Service in this 'Newsbeat' report from 1969.

At the time, two of the navy's three corvettes were out of service for repair. The ageing LE Maeve, LE Macha and LE Cliona were warships purchased from the UK after the Second World War and mainly used for patrolling Irish coastal waters for foreign fishing trawlers. Only the LE Maeve was currently at sea, leaving Ireland unprotected from poachers.

John de Courcy Ireland of the Maritime Institute talks about the dedicated men of the Irish navy. Lieutenant Commander Niall Brunicardi, retired training officer at Haulbowline, has similar praise for the officers. Poor equipment has however proved to be a problem.

Commander Andrew Thompson remembers the time he brought the body of poet W. B. Yeats home from France on the Macha, and what a morale boost that was for the navy. 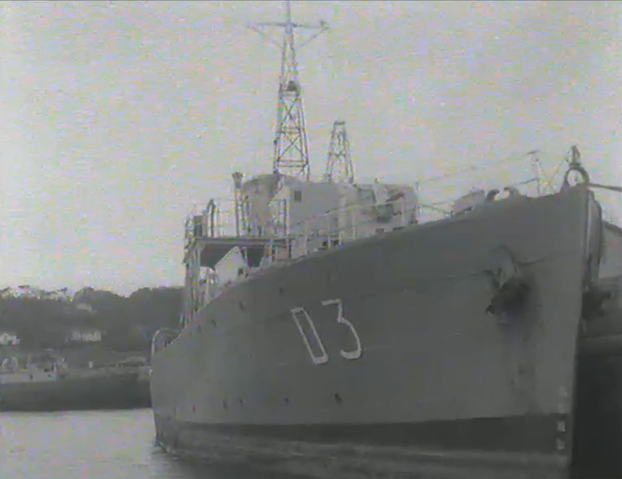