Irish soldiers serving in the Congo perform an improvised piece of music.

Private Joe O'Rourke on accordion and members of 'A' Company 36th Battalion provide some for 'Broadsheet'. The troops are in the Congo as part of the United Nations force ONUC (United Nations Operation in Congo).

A deployment of Irish troops was sent to the Congo in 1960 and over the course of the next four years, over 6,000 Irish soldiers served there.

'Broadsheet' was a magazine style, nightly review of people and events introduced by John O'Donoghue. 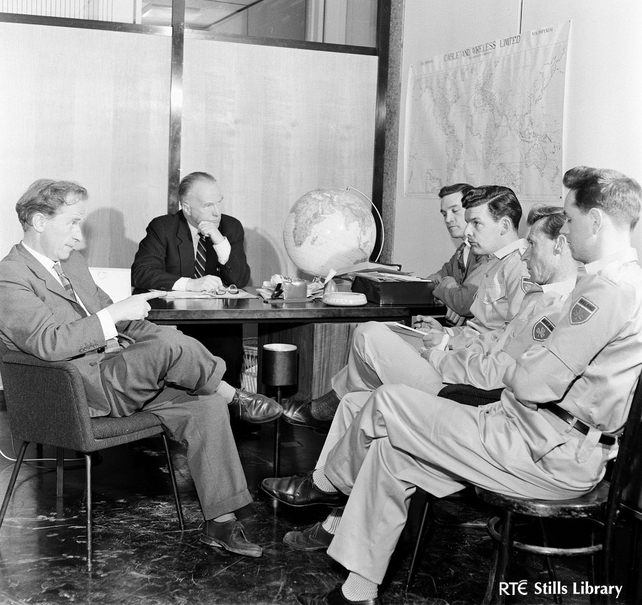 In the photograph above Telefís Éireann (now RTÉ Television) News team attend a briefing before their departure to the Congo, to spend time with Irish Army troops serving with United Nations' forces there in 1962. Pearse Kelly, Head of RTÉ News, is sitting behind the desk in the background. Reporter Seán Egan (third right), sound recordist Bill O'Neill (second right) and cameraman Stuart Hetherington (first right) are also in shot. The remaining two men are unidentified.