Thousands turned out to pay final tributes to Erskine Childers as the late president's funeral procession made its way through the streets of Dublin.

The state funeral was broadcast live on RTÉ, the service took place at St Patrick's Cathedral Dublin, President Childers was buried in the grounds of Derralossary church in Roundwood, County Wicklow.

The State Funeral of President Erskine Childers was broadcast on the 21 November 1974.

The commentators are Seán Duignan and John O'Donoghue. 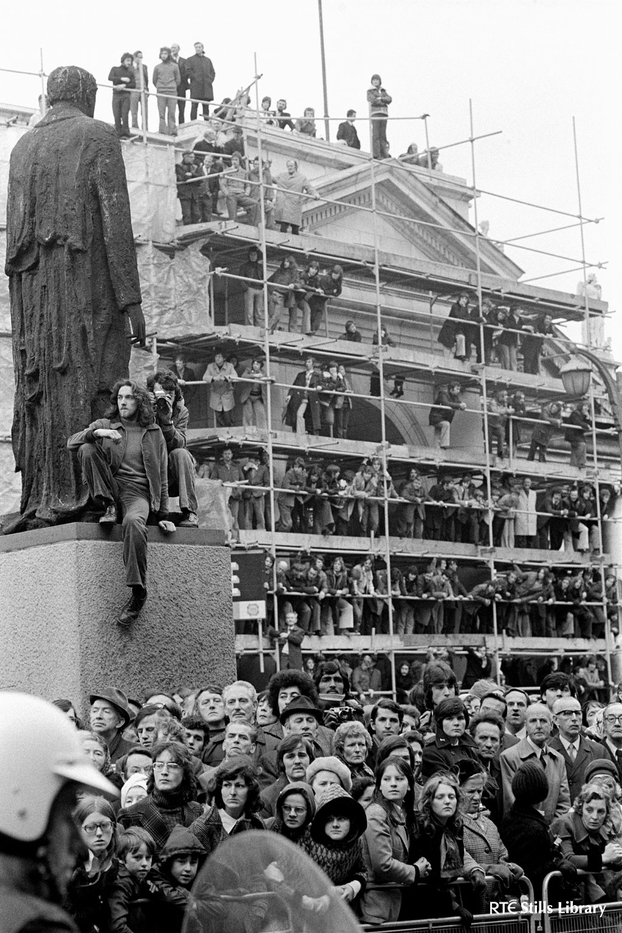 Spectators at President Erskine Childers's funeral, outside the Bank of Ireland on Dublin's College Green. Photograph by Eve Holmes. 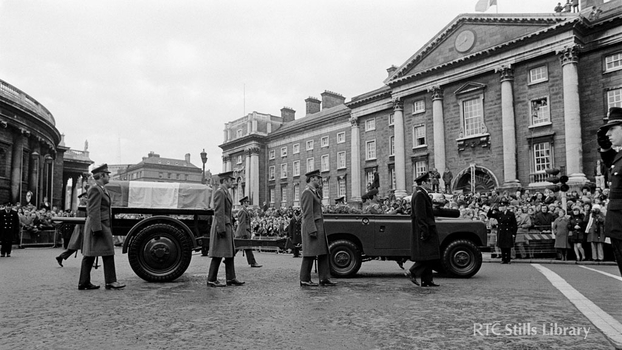