The state funeral of William T Cosgrave, the first President of the Executive Council of the Irish Free State and former leader of Cumann na nGaedheal.

William T. Cosgrave known as Liam had led the pro treaty Cumann na nGaedheal government from 1923 to 1932. He died at the age of 85 on the 16 November 1965 and received a State funeral two days later.

This RTÉ News report shows President of Ireland Éamon de Valera at the funeral. Other mourners include Cosgrave's son and leader of Fine Gael Liam Cosgrave and other family members, as well as Irish Labour Party leader Brendan Corish.

At the Church of the Annunciation in Rathfarnham, Dublin a guard of honour is formed and an army detail carry the coffin to a waiting gun carriage. The funeral cortège moves through Dublin city streets en route to the Liam Cosgrave's final resting place at Goldenbridge cemetery. 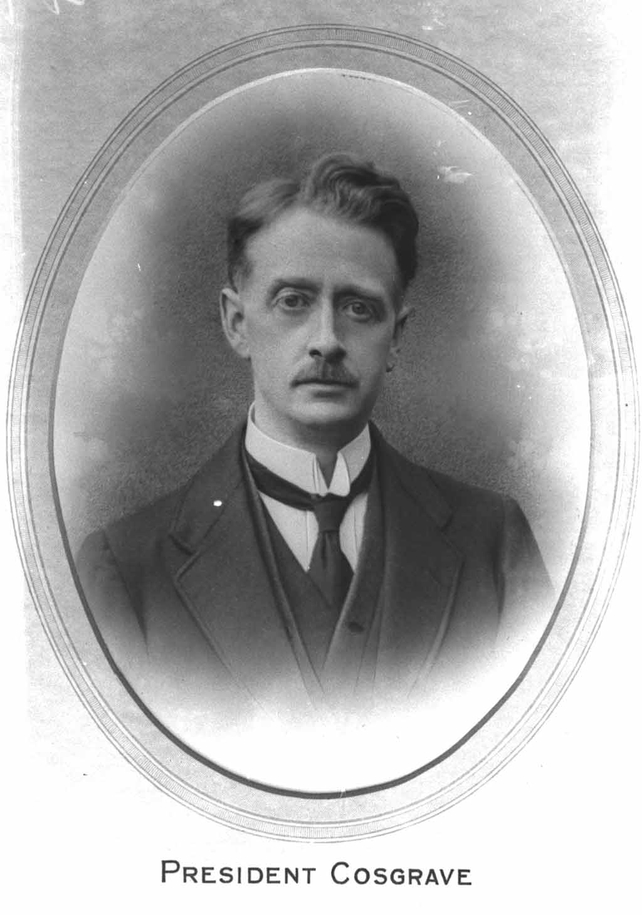