The Republic of Ireland soccer team ended their first match at the 1994 World Cup in victory. Ray Houghton scoring the winning goal, to beat Italy 1-0 at the Giants Stadium in New York on 18 June.

Listen to Gabriel Egan's commentary for RTÉ Radio on Houghton's "fantastic goal.... What a start for Ireland in this World Cup!" 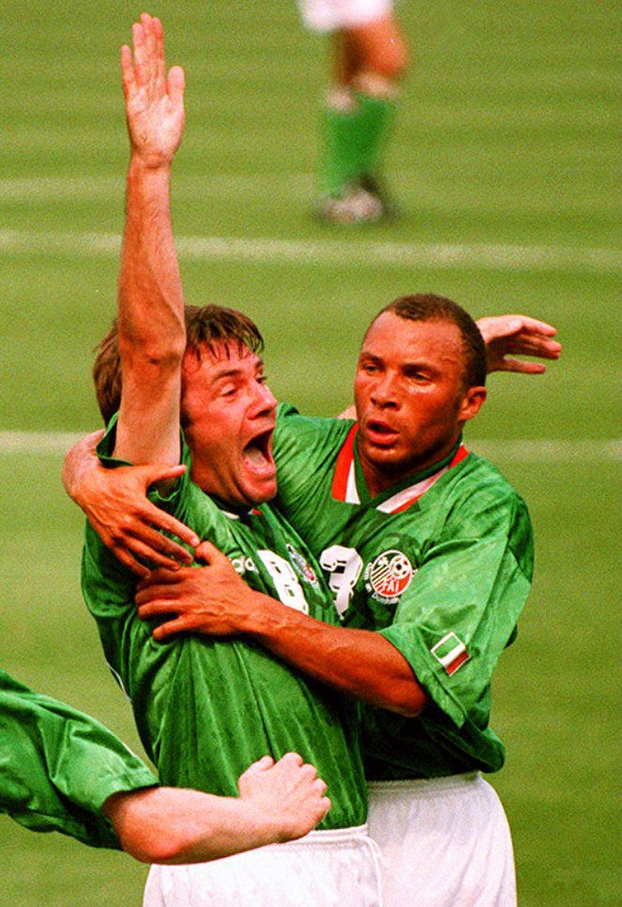