Republic of Ireland fans react to handball from French player Thierry Henry that ended any chance of qualification for the World Cup Finals.

The first leg of the Republic of Ireland and France play saw the French take a 1-0  win at Croke Park. Four days later at the Stade de France, a Robbie Keane goal for the Republic of Ireland sent the tie into extra time. Thierry Henry handled the ball which was missed by match officials, allowing William Gallas to score for France. This goal meant that over the two legs of the qualifier France won had 2-1 on aggregate.

Some disappointed Irish fans in the Stade de France give their reaction after the match.

An RTÉ News report from 18 November 2009. The reporter is Tony Connelly. 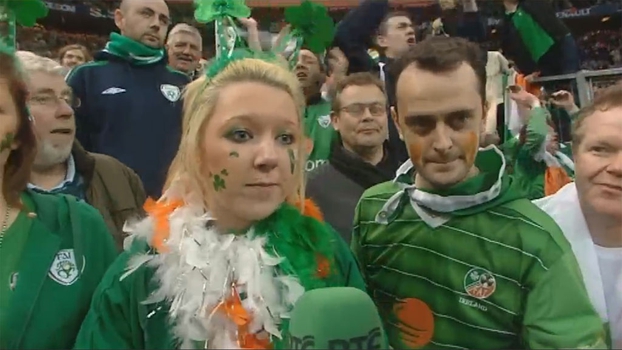