John Bennett gives a rendition of a song dedicated to the invention of the breathalyser.

There are lots of new inventions in beet manure and slag,
But the one I'm going to tell you of is this breathalyser bag.
How I miss the good old crack when I go in to town.
How I miss those grand old pints so creamy and so brown.
But sure now a glass of brandy in my hand is seldom seen.
I'm afraid I turned the guards old bag to forty shades of green.

This clip is from an episode of 'Hall's Pictorial Weekly' broadcast on 16 May 1974.

In the RTÉ Guide on the week of its first transmission, Frank Hall wrote 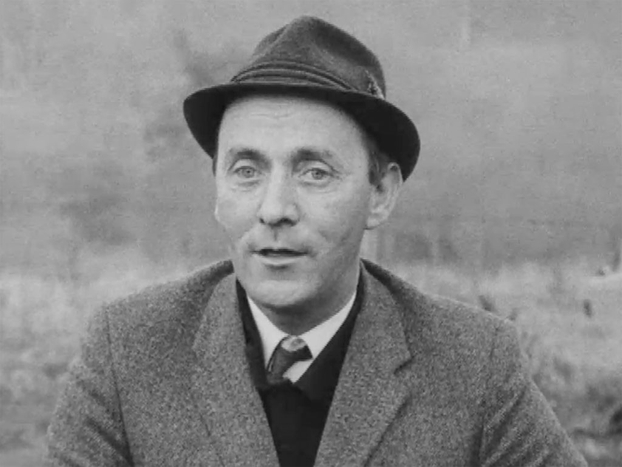