David Bellamy gives his support to a campaign opposed to mining for gold on Croagh Patrick a site of pilgrimage.

Plans to mine for gold on Croagh Patrick draws protests from the local community in Mayo. A campaign is underway to save the mountain which has been a place of pilgrimage for centuries.

British environmentalist David Bellamy arrives in Ireland to speak at a rally. He says Ireland is the greenest country in the world, but lagging behind the rest of Europe on environmental issues. Hopefully Croagh Patrick will be a turning point.

Des Burke of Burmin, the Tipperary based company exploring mining possibilities, say that they have no problem with mining cleanly, but do get browned off with people jumping up and down about it.

Paddy Hopkins, Chairman of the Mayo Environmental Group and its secretary Seán O'Malley are determined to protect Croagh Patrick and its environment for future generations. 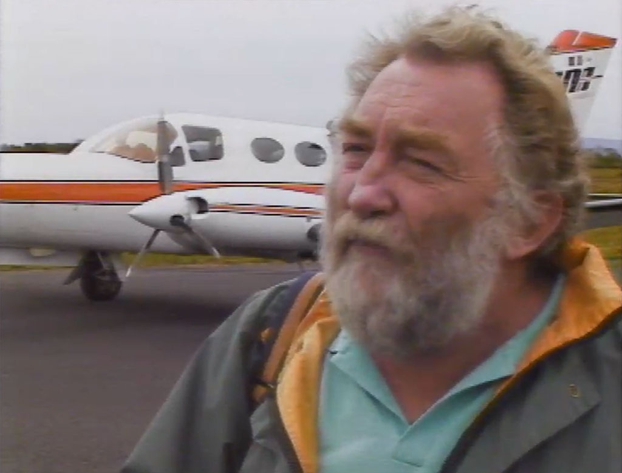