Giant Haystacks talks about the trials and tribulations of being so large. When travelling he uses a special code number to ensure three seats are booked for him. Cars do not last very long. He also talks about coming up with a name that would both describe what he looked like and that people would remember.

This episode of 'The Late Late Show' was broadcast on 18 February 1984. The presenter is Gay Byrne. 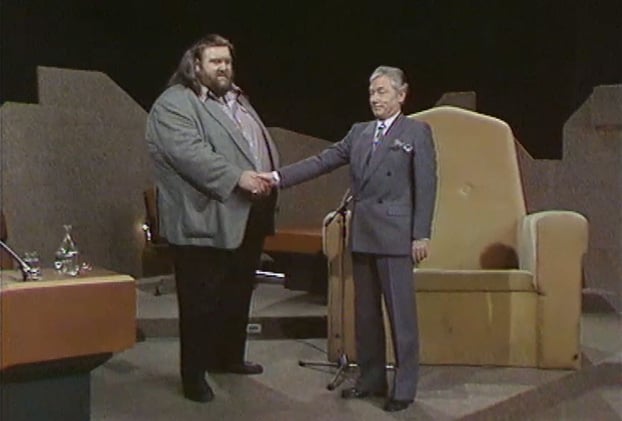