International wrestling tournament in County Cavan. At seven foot tall Giant Haystacks is the most popular with the crowd. Other wrestlers include Dynamite Debbie and Princess Paula.

As for claims that sport is fixed, Irish welterweight champion Jack Flash Davey says that people do not understand wrestling. There is a lot of showmanship involved. Wrestlers only hit hard enough to knock the wind out of someone.

An RTÉ News report broadcast on 6 March 1989. The reporter is Tommie Gorman. 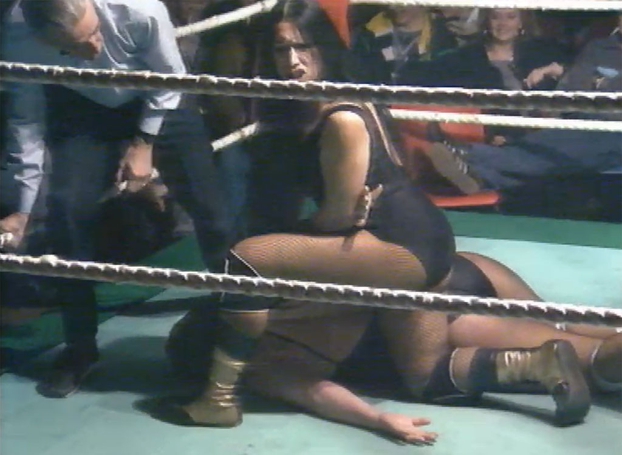