Gay Byrne meets actress and exercise guru Jane Fonda at the May Fair Hotel in London.

Jane Fonda had won two Oscars and her workout videos were watched by women all over the world. In London to promote the film 'Old Gringo', based on the Carlos Fuentes novel 'Gringo Viejo' she spoke to Gay Byrne for the Late Late Show.

In 'Old Gringo' Jane Fonda plays American governess Harriet Winslow, who finds herself caught up in the Mexican Revolution. 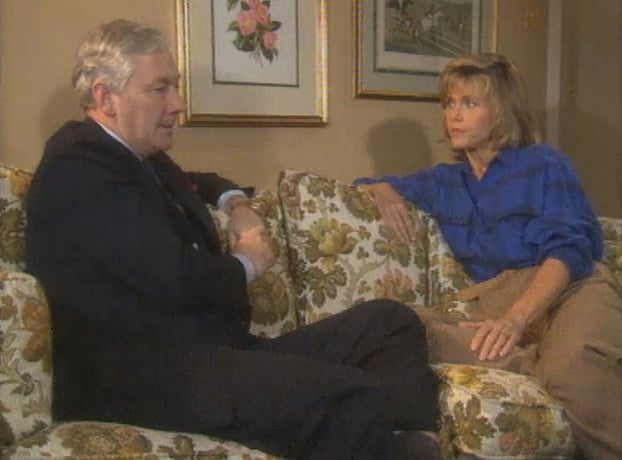