In 1963 Garda training moved from Dublin to Tipperary.

As part of the decentralisation of public services Garda training moved from the Depot in the Phoenix Park, Dublin to Templemore, Co. Tipperary.

This RTÉ News report shows the final passing-out parade held at the Depot in Dublin. The final inspection is carried out by Minister for Justice Charles Haughey.

This clip is mute. 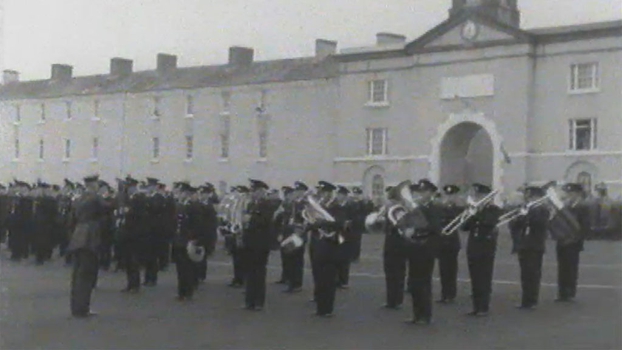