Irish finances have never been healthier according to the latest figures from the exchequer.

According to exchequer figures the government has enough money to deliver the biggest giveaway budget ever and will still have a billion pounds to spare. An unprecedented level of consumer spending combined with rapid employment growth and a huge increase in the profitability of the business sector, have yielded an unbudgeted tax windfall of £926 million in 1998. The exchequer figures for next year look even better. Minister for Finance Charlie McCreevy is in a position to meet all his financial commitments for next year with £1 billion to spare.

An RTÉ News report broadcast on 28 November 1998. The reporter is George Lee. 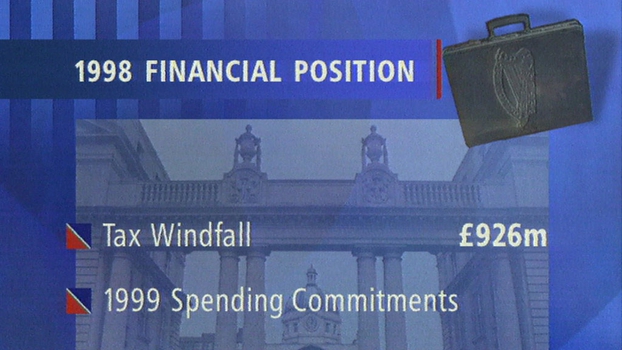