The Beatles arrive to play the Adelphi cinema much to the delight of their Dublin fans.

Reporter Frank Hall talks to John Lennon, Paul McCartney, George Harrison and Ringo Starr about fame, the Mersey sound, hair-styles, their Irish connections and George's mother, who has come to Ireland to see the show. The Beatles antics and the noise of aircraft in the background put Frank Hall's professional skills to the test.

The band is welcomed as they get off the plane at Dublin Airport by RTÉ Radio's Paul Russell who introduces them to reporter Frank Hall. 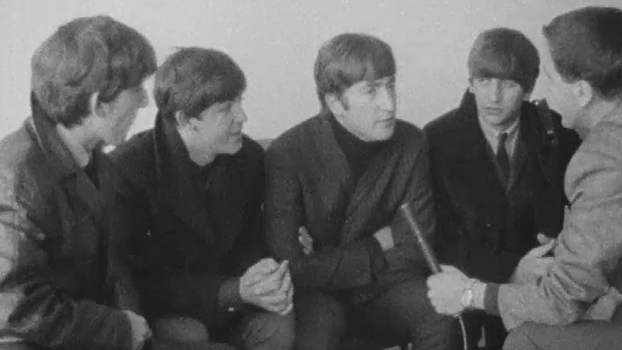 The Beatles talk to Frank Hall at Dublin Airport (1963)

The singing, the hair, and the jackets.

Outside the Adelphi Cinema in Abbey Street, Dublin, there are scenes of mass hysteria as fans wait for the arrival of the Liverpudlian popstars. Frank Hall talks to some fans while the police try to keep order. Fans describe the Beatles singing, their hair and their jackets as "fabulous" and "gorgeous". One girl says she does not like the Beatles and is only there to get a ticket for Helen Shapiro. 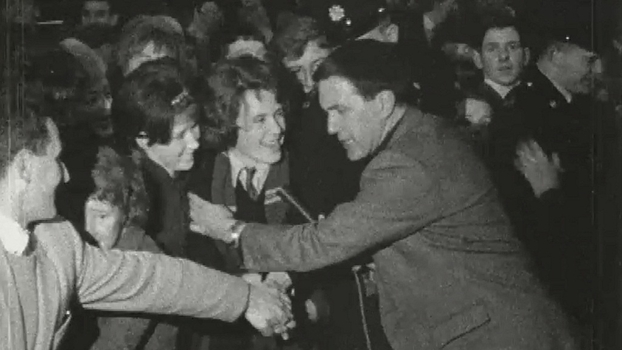 An RTÉ News report broadcast on 7 November 1963. The reporter is Frank Hall. 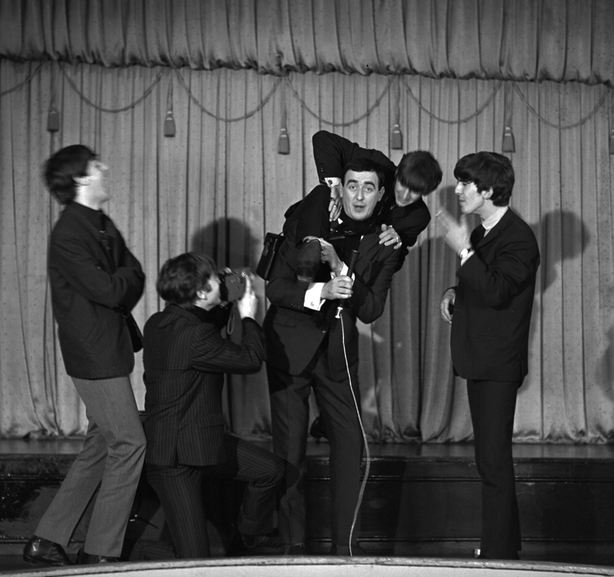 The Beatles with RTE broadcaster Paul Russell in the Gresham (1963)