In September 1966, Bing Crosby flew into Dublin Airport and was persuaded to sing 'Galway Bay' for RTÉ News.

The American entertainer Bing Crosby visited Ireland a number of times through his interest in horse racing.

On this visit just as he was getting into his chauffeur-driven car reporter Mícheál Ó Briain gets him to sing much to the amusement of Bing's wife Kathryn Crosby.

An RTÉ News report broadcast on 16 September 1966. The reporter is Mícheál Ó Briain. 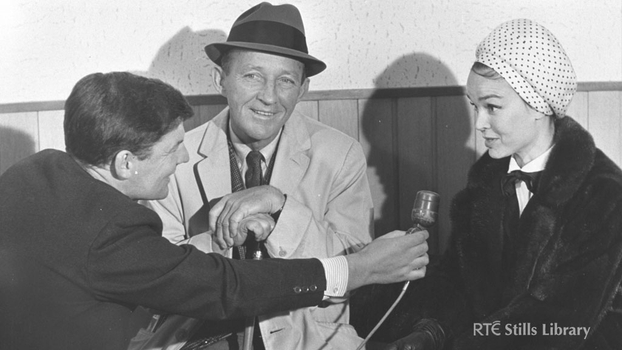 The Crosbys being interviewed at Dublin Airport.