An Taoiseach Albert Reynolds arrives at Dublin Castle for a press conference after a ‘Yes’ vote in the Maastricht referendum.

An RTÉ News report broadcast on 19 June 1992. The reporter is Charlie Bird. 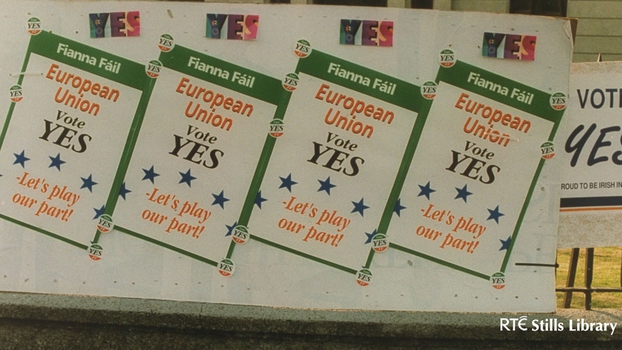 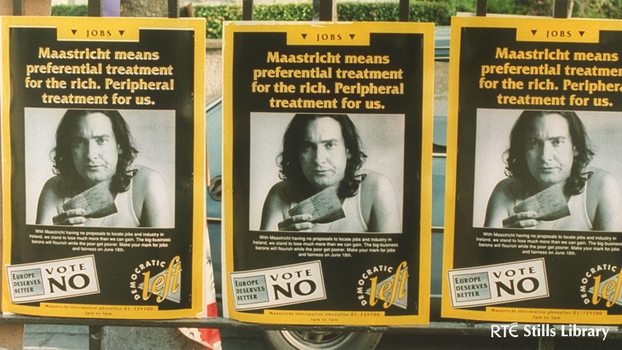