12,000 packed into Thomond Park in Limerick to see the All Blacks open the Irish leg of their tour against Munster. The crowd roared the home province on to an historic victory. The Munster scores came from a Christy Cantillon try which was converted by Tony Ward who later added two drop goals. The result was all the more remarkable as the All Blacks were held scoreless.

Listen here to RTÉ coverage of the key moments from the match provided by commentator Fred Cogley. 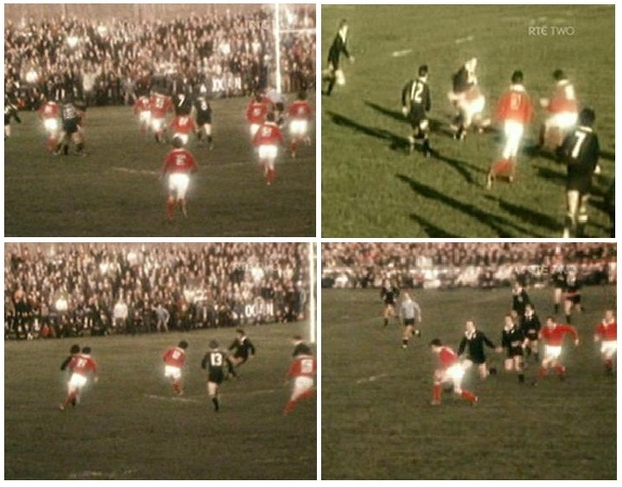