Leinster face New Zealand at Lansdowne Road as part of the All Blacks centenary tour.

In a low scoring game the All Blacks won by 8 -  3. New Zealand got over for two tries scored by Peter Whiting and Bryan Williams. A Mick Quinn drop goal was Leinster's only score of the game.

The home team were left rue a number of missed penalty chances especially in the second half when they put New Zealand under periods of pressure.

Shown here are some of the surviving highlights of the second half. The commentator is Fred Cogley. 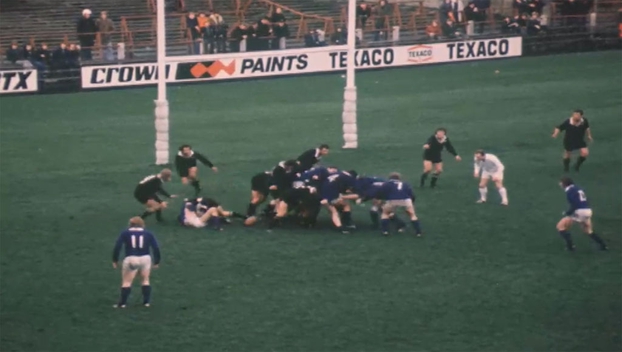