Éamon de Valera is seen leaving Áras an Uachtaráin, saying goodbye to staff, and being led by a motorcade through crowds of well-wishers through Dublin city to Boland's Mill. An Taoiseach Jack Lynch pays tribute to the outgoing President at Boland's Mill where Éamon de Valera also addresses the crowd. 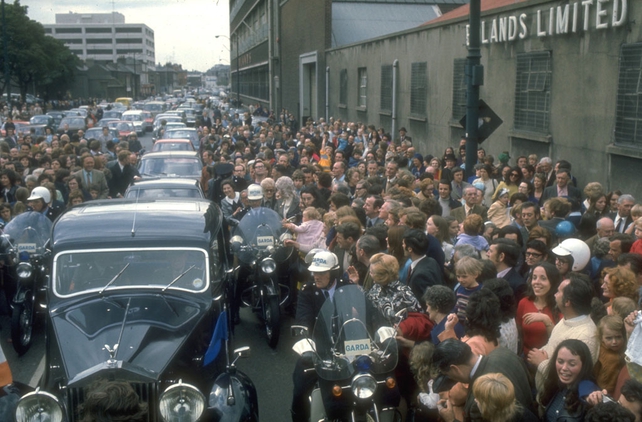