In Madame Maigret’s Friend, the Inspector’s wife gets caught up in the sleuth act, being asked to mind a young boy in the Parisian park known as Square d'Anvers. Meanwhile, the woman in the white hat who appears to be the kid's mother tarries elsewhere for two hours or more. The clock ticks, and the unfortunate Madame frets as to the woman’s whereabouts – and frets also about the chicken she left on the stove, to feed her husband and herself at lunch-time.

The mysterious woman’s whereabouts are in fact connected with suspicious goings-on at the residence and workshop of the Flemish bookbinder Frans Steuvels on Rue Turenne. The hard-working and much-respected craftsman is married to Fernande, who was once a lady of the night. Two different police inspectors have called to their dwelling in one afternoon, and some dodgy business has occured between both visits. Two human teeth have been found in the Steuvels stove and a suit with blood stains elsewhere in the abode. One suitcase has replaced another between the two separate police visits.

Maigret mysteries are particularly opaque, nor can the reader anticipate much about what is coming around the corner. Thus the manner in which the doughty cop clarifies it all appears to be touched by some strange alchemy. The intuitive Inspector binds the topography and personae of a variety of disparate locations together with sphinx-like savvy, although it has to be said that coincidence does stretch credulity at times.

Maigret would not be fazed by Twitter as nothing is kept much under wraps, and there is frequent reference to what the gutter press are saying about the case, courtesy of an over-eager reporter. The whole world has an opinion on Steuvels, from the unsavoury private detective, to the young lawyer trying to make a name for himself, to the cobbler across the street with a fondness for the jar. 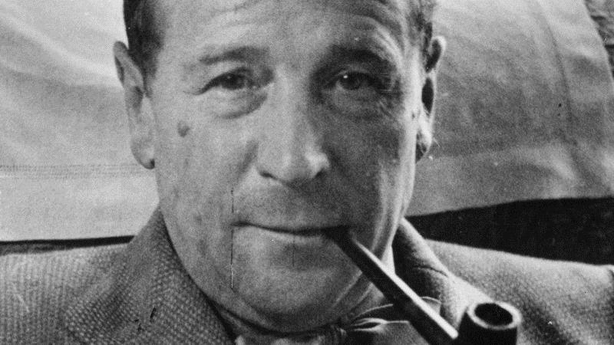 The 180-page tale was first published in French in 1950 as L’Amie de Mme Maigret and its charm is bound up with its tech-free story. There is a hell of a lot of interviewing people in a city of millions, and a curious reliance on verbal descriptions of suspects. Meanwhile, Maigret’s colleague, Moers spends many hours looking at photographs to try and match one with Maigret's quarry. A painstaking, rather trying way of solving crime surely, but that was the way it was done 70 years before the sophisticated forensics of CSI and Cold Case.

In the mid-eighties, Georges Simenon’s crime fictions were selling 300,000 copies a year in the USA alone and their popularity continues apace, helped along by the seemingly endless roll of TV and film adaptations. RTÉ One recently showed Maigret Sets a Trap, starring Rowan Atkinson as the eponymous inspector. Grab yourself one of these Maigret  reissues as they roll by, but look out too for Simenon's romans durs, which aficionados insist are superior to the Maigret works.

The Blue Room, first published in 1964 as La Chambre Bleue, is one of the best of these roman durs, and it will shortly be seen at the IFI in a new film adapation by Mathieu Amalric. La Neige était sale first appeared in 1948 and a new translation, The Snow was Dirty, will appear in November. Moreover, it has been deemed `an astonishing work' by John Banville who has also sung the praises of The Blue Room. See trailer below.