It really is a case of May the Force be with you - the makers of Star Wars have announced that Episode IX will be in cinemas from May 24, 2019.

Disney Lucasfilm announced the release date for the blockbuster on Tuesday, and also revealed that Harrison Ford's fifth Indiana Jones adventure has been pushed back from July 19, 2019 until July 10, 2020.

Star Wars Episode IX will be directed by Jurassic World helmer Colin Trevorrow, who is also co-writing the script.

Speaking at the Star Wars Celebration event in Orlando, Florida earlier this month, Lucasfilm boss Kathleen Kennedy said the late Carrie Fisher would not be appearing via digital recreation in Episode IX, despite earlier reports suggesting the contrary. Fans had seen the digital recreation of Fisher as a young Leia in Rogue One: A Star Wars Story.

"We have not read a script yet for Episode IX," Kennedy told reporters.

"Obviously, when Carrie passed away in December, that was a huge blow for all of us and it caused us to sit with Colin and really rethink where we're headed with Episode IX."

"But given the circumstances, we would not carry on with that."

The movie's May 2019 date marks a change from Star Wars' current winter release schedule. 2015's The Force Awakens and last year's spin-off Rogue One both reached cinemas in December, while the upcoming Episode VIII, Star Wars: The Last Jedi, will be out on December 15.

The three original Star Wars movies and their Noughties prequels all had May release dates in the US, and with the upcoming Han Solo spin-off also due for release on May 25 next year, it appears that Disney Lucasfilm believes once again that the Force will be even stronger during the summer months.

The 'solo Solo' movie recently went into production at Pinewood Studios in the UK with Rules Don't Apply star Alden Ehrenreich in the lead role and Irish actor Ian Kenny among its cast.

Disney's latest space adventure sequel, Guardians of the Galaxy Vol 2, is in cinemas from Friday. 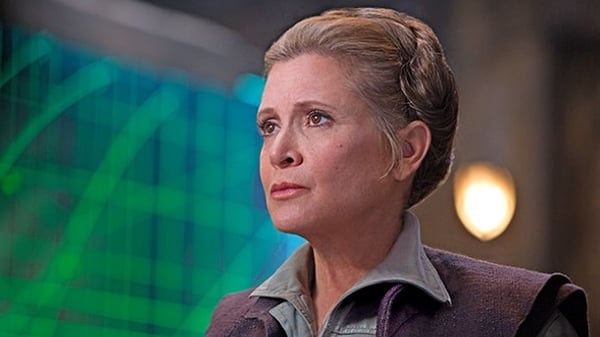