Magical, mythical with scream-out-loud moments, Jurassic World has much of what made Jurassic Park the phenomenon that it became.

For four years the Steven Spielberg classic held the title of highest grossing film of all time until Titanic swept all that away in 1997. With films like Fast & Furious 7 and Avengers: Age of Ultron, 2015 was always going to be a big blockbuster year but Jurassic World is set to take the top spot once again.

The fourth film in the Jurassic franchise begins 22 years after the original when a terrifying preview tour closed the park before it opened. John Hammond's dream has not only come to life in Jurassic World but is bigger and better than he could have dreamed of with over 20,000 daily visitors to the Isla Nublar, off Costa Rica.

Owned by Simon Masrani (Life of Pi’s Irrfan Khan), the day-to-day running of the park falls to career gal Claire (Bryce Dallas Howard). Ten years after the park opened, they fight a drop in visitors by creating a new attraction, a genetically modified hybrid dinosaur, namely Indominus Rex. Claire's nephews Gray (Ty Simmons) and Zach (Nick Robinson) arrive in Jurassic World for a couple of days to get to know their aunt and the park.

However, Claire is slammed and fobs them off with VIP passes and a guided tour with her PA, Zara, played by Irish actress Katie McGrath. Keep an eye on her, her character has a very unexpected arc, a first for females in a Jurassic film. Actually, scratch that - you can’t miss it.

In true Spielberg style, director and co-writer Colin Trevorrow ensures that we get to explore the jaw-dropping park through the eyes of the boys. When things start to get a little hairy, Claire calls in the big boys, led by her kinda-ex, Owen (Chris Pratt).

The former Navy vet is a dinosaur expert and is roped in to help track down the 22-foot long, highly intelligent, killing machine that has gone rogue and has a serious case of the munchies. She’s a fairly live wire who, having eaten her own brother isn’t fussy about whose next. I’d respect the 12A cert if you want to avoid sleepless nights.

There's a touch of Romancing  The Stone about Claire’s character twist from stiff-suit to action-hero, all while wearing her heels. Pratt is perfect as Owen, all action and comic quips - it’s very easy to see why he’s being pitched as the new Indiana Jones. There’s great chemistry between the pair too.

Until you're in your cinema seat its hard to believe that the CGI and special effects are such that you don't question the dinosaurs from the first couple you come across in the petting-zoo area of the park until you're screaming when the less friendly ones are chomping at you from the 3D screen. You name it and Trevorrow et al have used it to bring them to life from animatronics to motion capture, they're all used to great, terrifying effect.

Story wise there is a nostalgic nod to the original Jurassic Park but it would have been nice to see a hat tip to Richard Attenborough's Hammond plus it was a little unclear as to why the kids went on holiday without their folks in the first place.

Previous sequels The Lost World: Jurassic Park (1997) and 2001's Jurassic Park III entertained audiences but didn't come close to the $2 billion box office smash of the original. The fourth sequel was originally due for release in 2004 but instead went through a decade of development delays.

However, the mist began to clear after Spielberg saw Trevorrow's first and only feature, 2012's gem Safety Not Guaranteed and he knew he'd found his director. Despite being a newbie to the blockbuster world, indeed the film world, Trevorrow's feature film debut had all the elements that Spielberg was looking for: - heart, heroes, thrills and suspense.

This is one of those brilliant cinematic experiences that unites audiences in popcorn chomping fear and delight. 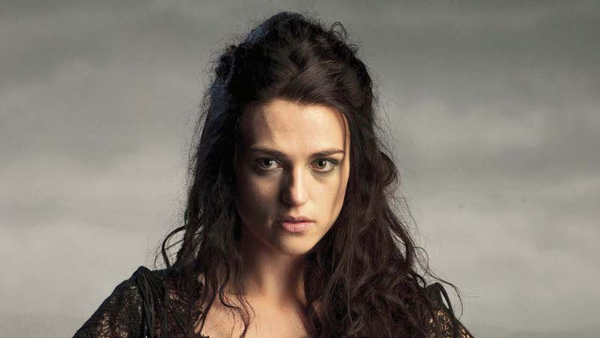