RTÉ launches Radio 2 with the phrase "It is all coming at you now" at an event in the radio centre, Donnybrook.

Minister for Post and Telegraphs Mr Padraig Faulkner launched the new station. The station is to broadcast for nineteen and a half hours each day and hopes to appeal to,

women at home, motorists, workers of industry as well as many young people. 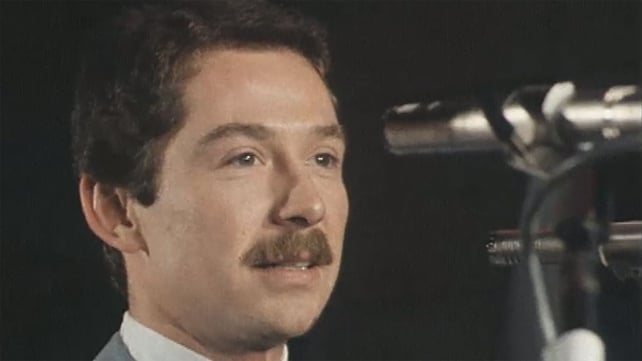 Vincent Hanley at the launch of RTÉ Radio 2.

RTÉ Radio 2 was launched on 31 May 1979. Brendan Balfe was the first voice on the new station when he introduced Radio 2's first presenter Larry Gogan. New presenters included Dave Fanning, Gerry Ryan, and Marty Whelan. The new station quickly established an identity for itself with the sponsorship of the Dublin City Marathon, the Radio 2 Roadcaster and a high profile commitment to supporting Irish contemporary music. A second national station meant that RTÉ Radio became RTÉ Radio 1. In 1988 RTÉ Radio 2 became 2FM. Another name change in 2000 saw the station become RTÉ 2FM.