The documentary looked at the life and work of the poet Seán Ó Ríordáin, 'King of Loneliness'. It was produced by Seán Ó Mórdha, who had a long association with the poet from his days as a student. The poet's biographer Seán Ó Coileáin wrote the script, narrated by Diarmuid Ó Muirithe.

This extract is taken from the opening of the documentary and shows the room where Seán Ó Ríordáin did all his writing in the family home in Inniscarra, Co. Cork. Sean Ó Mórdha told the RTÉ Guide that no-one had ever been in this room in a preview published on 27 January 1984. Inniscarra was Ó Ríordáin's home from childhood to death, though he spent years in the sanatorium at Doneraile because of his tuberculosis.

'Rí ar an Uaigneas' was restored in 2007, thirty years after the poet's death, and broadcast again on Christmas Day 2007. 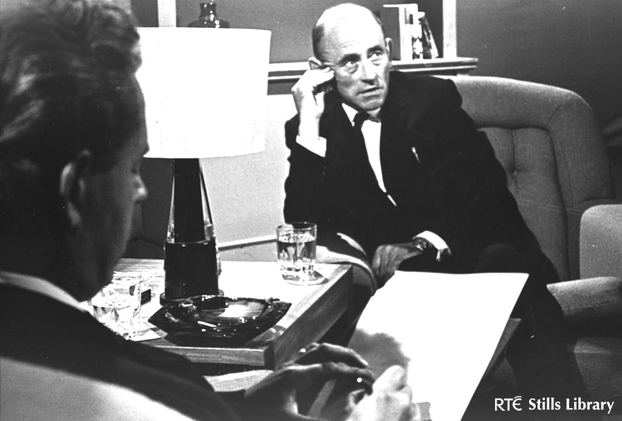