Poet Seán Ó Ríordáin talks about Dún Chaoin and its Irish, as celebrated in Fill Arís.

'Fill Arís' by Seán Ó Ríordáin is one of 10 poems shortlisted for 'A Poem for Ireland'. The public has until 8 March 2015 to vote for their favourite poem. RTÉ Archives is publishing a clip on one of the poets every week day this week and next.

'Fill Arís' is from Ó Ríordáin's second collection of poetry, 'Brosna', published in 1964. In this extract from 'Writer in Profile', he explains his attraction to Dún Chaoin and its Irish, as celebrated in the poem. He also tells presenter Aindreas Ó Gallchóir how the Irish spoken in Dún Chaoin compares to that of his native Baile Bhúirne. 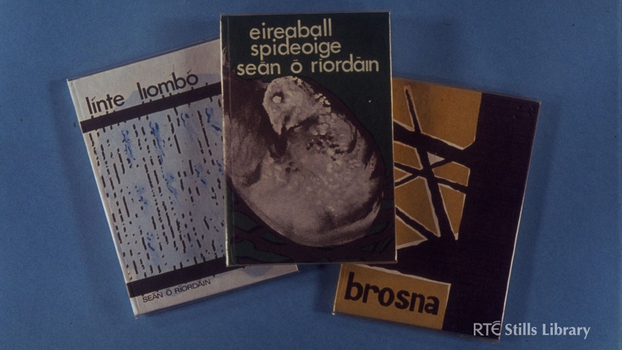