Competitors set high standards in the All Ireland Ploughing Championships at Wells in Gorey, County Wexford.

The All Ireland Ploughing Championship had not been held in Gorey since 1932 when the competition was for horse class ploughing.

Conditions are ideal for a demonstration of the traditional horse ploughing techniques. There are record attendances at the event where 150 ploughmen and ploughwomen compete in the two day competition. For the first time, teams are taking part from Northern Ireland.

The standard is said to be very high. 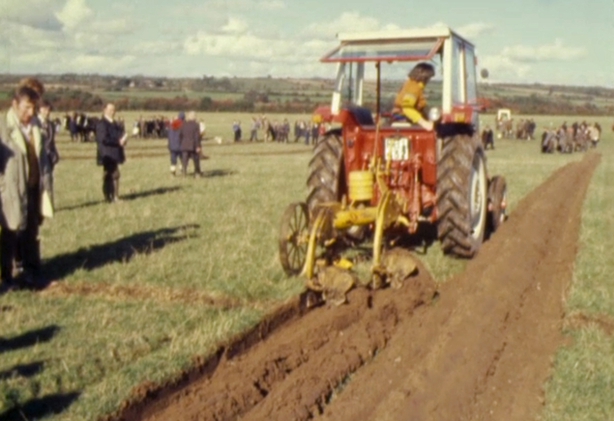