The first National Ploughing Championships covered by RTÉ were held in Killarney.

The National Ploughing Championship was filmed on 8 and 9 November 1961 and broadcast as part of the first ever episode of the agricultural programme 'On the Land' on 1 January 1962, the day after Telefís Éireann went on air.

Reporter Noel O'Reilly introduces the championships and talks to organiser Mrs Grosvenor, who fires a pistol to start the competition.

We have had to make the local arrangements like getting horses collecting them. Helping to arrange about stewards where hey have been necessary and arranging accommodation in the town.

This episode of 'On The Land' was broadcast 1 January 1962. The reporter is Noel O'Reilly. 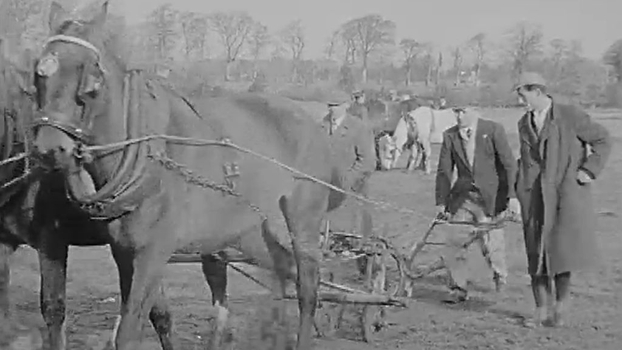