The execution of Kevin Barry and the nine other men who became known as The Forgotten Ten.

Kevin Barry, Patrick Moran, Frank Flood, Thomas Whelan, Thomas Traynor, Patrick Doyle, Edmond Foley, Thomas Bryan, Bernard Ryan, and Patrick Maher were executed by hanging by the British at Mountjoy Prison during the War of Independence. They were buried on unconsecrated grounds in the prison and their graves were unmarked.

Over 80 years after their execution and burial at Mountjoy Prison, the bodies of the ten men, including Kevin Barry, were exhumed and reinterred at Glasnevin Cemetery.

The government has rejected opposition criticism over the timing of the funeral for the ten men. Both Fine Gael and Labour have said that the fact that the funeral was taking place on the same weekend as the Ard Fheis was to give a political advantage to Fianna Fáil.

RTÉ News looks at the background to the execution of Kevin Barry and the nine other volunteers who became known as the Forgotten Ten.

Between November 1920 and June 1921, 10 men were executed in the hang house at Mountjoy Prison by executioner John Ellis who had also hanged Roger Casement in 1916.

When the 10 men were exhumed detailed medical examinations of their remains were made. In the case of at least three of the men, there was no apparent damage to the necks. The implication is that these men were strangled slowly at the end of a rope.

Kevin Barry was the youngest to be executed and the first. Who were other nine men and why were they hanged?

Tim Carey, author of the book 'Hanged for Ireland' provides some background to the execution of Kevin Barry and the other nine men.

Patrick Moran and Thomas Whelan were the only men convicted, found guilty and sentenced to death for Bloody Sunday. Both protested their innocence but were executed on 14 March along with Frank Flood, Bernard Ryan, Patrick Doyle and Thomas Byran. These four men were convicted of levying war against the king and for a failed attack on auxiliaries in Drumcondra. In April 1921, Thomas Traynor was convicted of the murder of Cadet Farrell on Brunswick Street. The last two men to be executed at Mountjoy during the War of Independence were Edmond Foley and Patrick Maher, both convicted of taking part in the escape of Seán Hogan from Knocklong Station in 1919. 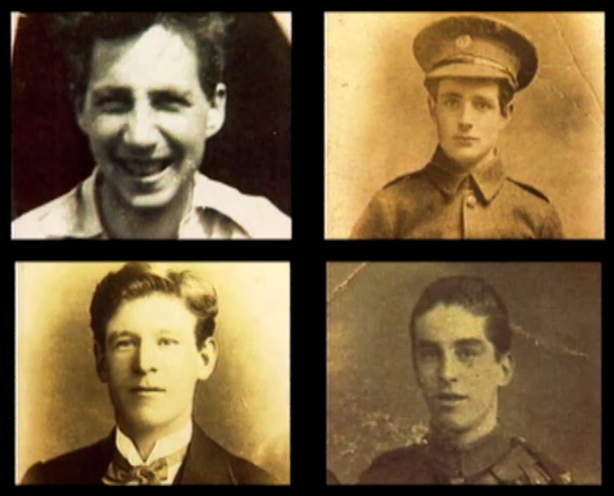 Kevin Barry was captured during a raid for arms. A British army truck with 10 soldiers was making its daily trip from Collinstown to Monk's Bakery in Church Street in Dublin to pick up bread supplies. Kevin Barry and 25 other volunteers took up positions. When the truck arrived, the soldiers were held at gunpoint and began dropping their arms. But one soldier, Private Harold Washington fired blowing off part of the scalp of a volunteer. In return, this bullet smashed through Private Washington's mouth killing him. The whole episode was a shambles. Four more soldiers were shot as the volunteers retreated. Kevin Barry's gun jammed and he hid under the lorry. He was found and arrested and sentenced to death at the age of 18.

Kevin Barry was found guilty of murder and sentence to hang. The execution took place at eight o'clock on the morning of November the 1st 1920.

Kevin Barry's nephew, also called Kevin Barry, talks about his uncle's execution saying that it must have been terrible for his mother especially.

An RTÉ News report broadcast on 12 October 2001. The reporter is Colm Connolly.