A wry look at the GAA ban on foreign games and the potential social advantages of playing rugby.

Rule 27 forbids members of the GAA from attending or playing any foreign sports. In 1971 ahead of a vote to abolish the rule and on the eve of an international rugby match between Ireland and France, a 'Newsbeat' viewer calls for a lifting of the ban in relation to rugby. However, he dismisses any such relaxation of the rules for soccer.

I feel that Gaelic football and rugby have much in common. Both are fine manly games which depend on speed, physique and courage.

The author of the letter appeals to the GAA to forget the English origins of rugby which he says has a lot in common with Gaelic football. He believes rugby is a character forming sport that benefits all that play the game.

A 'Newsbeat' sketch demonstrates the benefits of playing rugby when it comes to progressing in a career. Two men are interviewed for the same job. One plays chess and the other plays rugby. The rugby player gets the job despite having no other qualifications for the role.

I know all your people. You play rugby. Don't you? 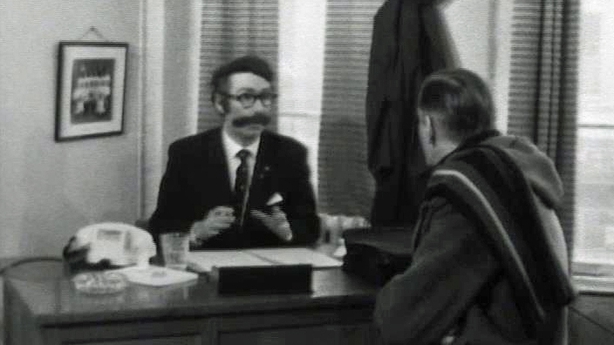 The illustrations featured are by artist Terry Willers.

This episode of 'Newsbeat’ was broadcast on 29 January 1971. The presenter is Frank Hall.