Lough Derg in County Donegal is a place of pilgrimage for thousands of Irish people.

Last year thirty thousand pilgrims spent three days and three nights on what has been called, "the toughest pilgrimage in the world".

The menu on Lough Derg is black tea, dry toast, oatcakes and a little soup.

Very basic meals are the only break that pilgrims have from walking long hours barefoot on the stony ground or praying at the basilica. So why do people do it?

One man says he usually feels good when he is leaving the island but does not feel so good during the pilgrimage. For others, Lough Derg offers an escape from day to day life, a place to pray in peace. For newcomers, many are curious about what the pilgrimage will hold.

Monsignor Gerard McSorley explains that it is not only older people who make the pilgrimage a surprising number of young people take the trip to Lough Derg.

The strange thing is that it’s the young people who are coming. 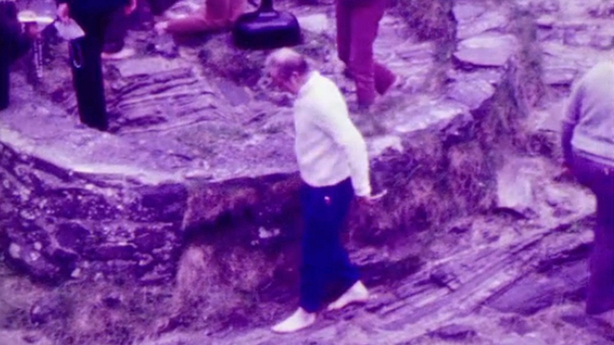 The pilgrims’ path involves walking barefoot around the holy crosses which have been places of prayer since 600 AD. By night, pilgrims attend prayer vigils in the basilica.

Early pilgrims spent nine days on the island and plunged into the freezing lake three times a day for purification.

An RTÉ News report broadcast on 13 August 1985. The reporter is Maggie O’Kane.