A refusal to pay the television licence results in a two month prison sentence.

Brian Ó Baoill is refusing to pay the licence fee in protest at what he says is a lack of Irish language programming on RTÉ. He believes that two per cent of broadcasting every week in the Irish language is simply not enough.

I don't think that the Irish language is getting a fair crack of the whip at RTÉ.

It is unfortunate that he has to go to prison because of his conviction that the Irish language should have greater prominence in the television schedule. 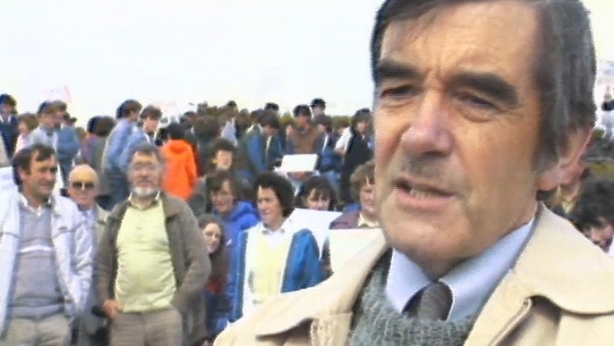 Brian Ó Baoill and supporters with banners and placards gathered to demand that RTÉ show more programmes in the Irish language.