Westlife, The Script, Dizzie Rascal, and Florence and the Machine are just some of the acts at the Meteor Music Awards in Dublin.

As well as the stars, there are over four and a half thousand fans attending the event, which is now in its tenth year.

The show was opened by international chart toppers 'Florence and the Machine' who performed their hit ‘You’ve Got the Love’. 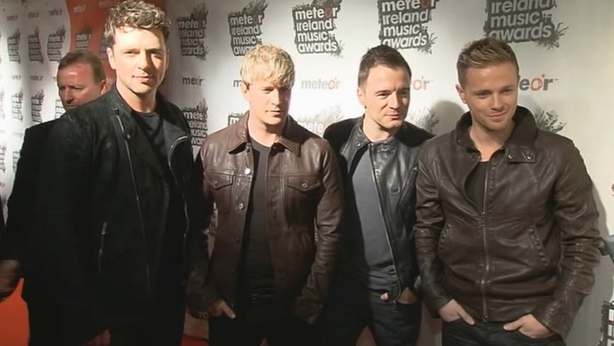 Martina Fitzgerald met some of the acts on the orange carpet. Among the hopefuls to receive an award are Westlife who are up for the Best Irish Pop Act for the tenth year running. Hoping to steal that crown are The Script.

There was also an industry award for Henry Mountcharles, organiser of the Slane Castle concerts, and a lifetime achievement award for singer Brian Kennedy.

An RTÉ News report broadcast on 19 February 2010. The reporter is Martina Fitzgerald.

A 17th century mortar bomb has been discovered on the bed of the River Shannon.