It is breakfast time in homes in Ragnall Place and viewers are introduced to the residents of Carrigstown on the northside of Dublin.

Fair City is RTÉ's weekly urban drama serial set in the fictional Dublin suburb of Carrigstown. It began broadcasting in September 1989 and was originally shot on location in Drumcondra on the northside of Dublin. An outdoor set was then built on the RTÉ Donnybrook campus where production now takes place.

The first episode of 'Fair City' was broadcast on 18 September 1989. 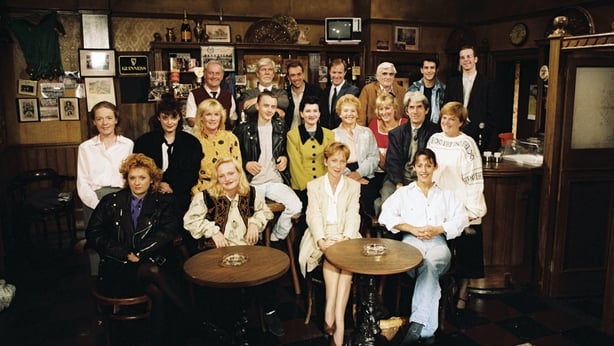 Sitting in the front row, from left to right, are; Sighle Toibin as Noeleen McCoy, Karen O'Brien as Clare Bowen, Frances Quinn as Dr Jennifer Bowen and Ger Ryan as Bernie Kelly.

In the back row, from left to right, are; Oliver Maguire as Noel McCoy, Don Foley as Sean O'Hanlon, Tony Tormey as Paul Brennan, Pat Nolan as Barry O'Hanlon, Tom Jordan as Charlie Kelly, Darragh Kelly as Tony Kelly and Alan Howley as Tom Bowen. 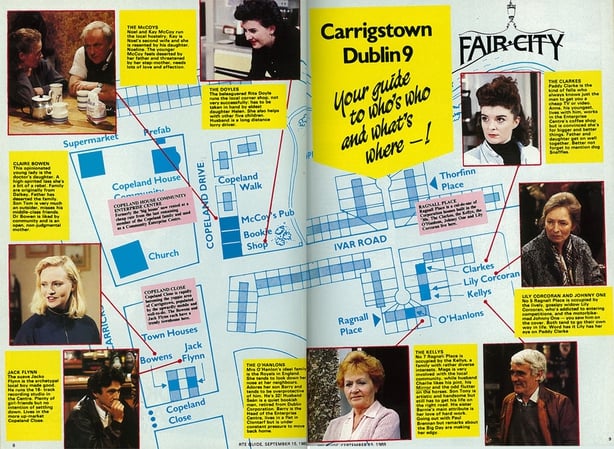 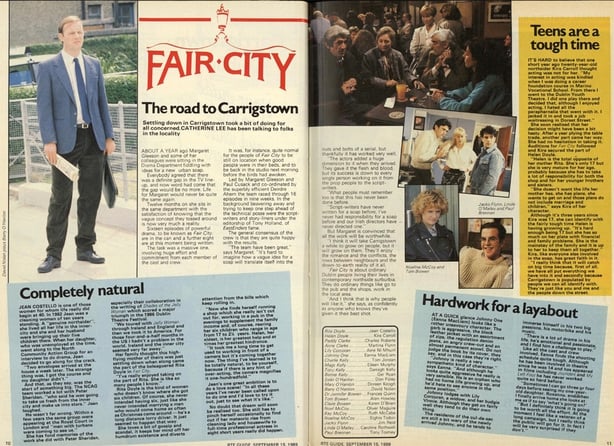