Young Traveller women in Galway talk about their culture and way of life.

A training centre in Galway teaches hand crafts, knitting, sewing and cookery to young Traveller women. The bedspreads, cushion covers and knitwear they make are sold in the adjacent Fair Green Craft Shop.

In her conversation with one group of young Travellers, Ciana Campbell finds out just how different their lives are to those of the settled community. Anne explains that,

Young Traveller women who are not married are not permitted to go out socialising by themselves, and they certainly may not have a boyfriend. Matchmaking is the norm, with a potential husband chosen for them by their parents or extended family members. The girls do have choices, and the match will be drawn down only

If we are satisfied ourselves, and the lad is satisfied.

Equally, after the match is made, a girl can call it off if she is not happy with the way things are going. Overall though, it is hard to meet boys, with weddings being the best bet.

Annie did not want a match made for her, and got married when she was almost twenty. She used to go out with her future husband, even though her parents were against it,

It was my life and I had to live it, so I had to make my choice.

Boys also attend the training centre, and they have much more freedom.

We have permission to get out and about. 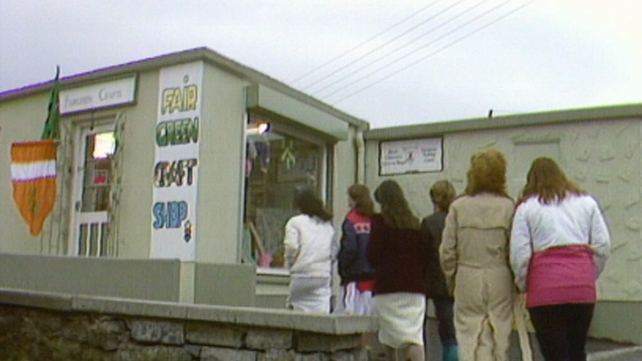 The girls appreciate their time in the training centre. For them, the social aspect is valued just as much as the educational one,

You get out from around the home...when we come to work here, we learn handcrafts, and to sew.

The series ‘Access: Community Television’ shows programmes made by communities or groups about their specific projects.

This episode of ‘Access: Community Television’ was broadcast on 8 March 1984. The reporter is Ciana Campbell.