The natural growth of Bull Island in Dublin is dependant on the Marram grass that supports the sand dunes.

Conor McAnally and his dog are regular visitors to Bull Island in Dublin Bay. Keen to learn more Conor explores the island with the aid of the book 'North Bull Island Dublin Bay'.

This book is intended to be a means to the appreciation and study of a series of natural habitats within a city.

According to a map in the book, the Bull Island grew out of the sea starting in 1800 and by 1819 it was quite a developed island.  A roadway has been constructed out onto the island to provide public access. While the island is largely man-made, it continues to grow as a result of natural influences.

The natural environment plays an important role in the island's growth and survival. The sand dunes are held together by a variety of grasses which are necessary for the island's survival. 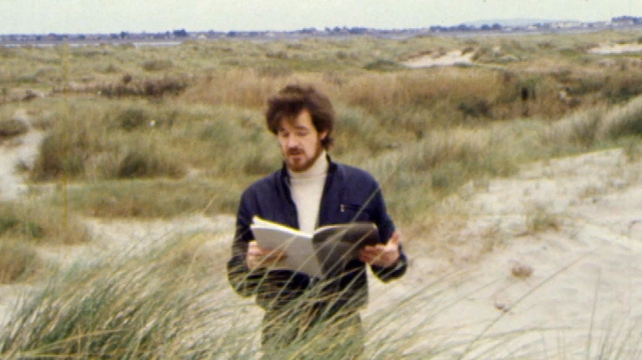 This episode of 'Youngline' was broadcast on 23 November 1978. The reporter is Conor McAnally.