Polling is continuing across the country in the Lisbon Treaty Referendum, as three million Irish voters are asked to decide the future of the European Union.

The polling stations opened at 7 am and will remain open until 10 pm. Campaigners for the yes and no side were out early to cast their votes. 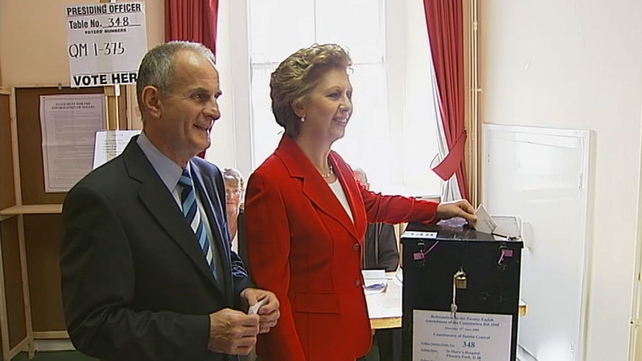 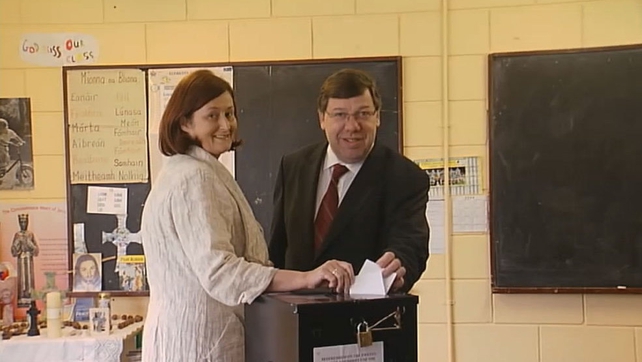 Leading figures in the No campaign were also voting early including Declan Ganley, the chairman of Libertas, who voted in Tuam, Co Galway. Former MEP and chairperson of the People's Movement Patricia McKenna voted in Drumcondra in Dublin while Sinn Féin MEP Mary Lou McDonald, who fronted her party's anti-Lisbon campaign, was in Castleknock.

Just over three million people are eligible to vote and the result should be known late tomorrow afternoon.

An RTÉ News report broadcast on 12 June 2008. The reporter is David Davin-Power.