Traditional music in the ‘Cúrsaí’ studio with Frankie Gavin on fiddle and Alec Finn on bouzouki.

'Cúrsaí' was an Irish-language television magazine programme. It was first broadcast on 14 October 1986 with Neasa Ní Chinnéide and Seán Ó Tuairisg as presenters. It was originally billed in the RTÉ Guide as

But it covered a wide range of topics, including politics, current affairs, arts, and entertainment. 'Cursaí' was broadcast four nights a week, from Tuesday to Friday, on RTÉ 2. It ended on 30 May 1995. 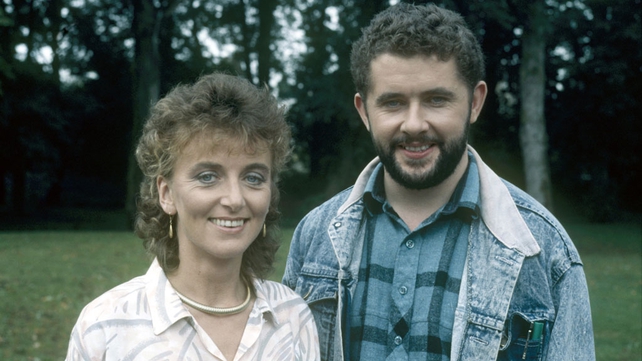