The City of Dublin Rifle and Pistol Club the first gun society for civilians in Ireland now has thirty members.

'Broadsheet' explores the fascination with guns. In Ireland, handguns were a symbol of oppression and of war. However, in other countries, pistol and revolver shooting became a sport.

About 500 years ago, an alchemist in London got the shock of his life when a heavy stone bowl flew into the air with a bang. A spark had fallen into the mixture in the bowl which was of saltpeter, sulphur, and charcoal. Gun powder had arrived and it wasn't long before guns followed.

Many countries now have international competitive teams which take part in the Olympic Games and other sporting competitions. Ireland has never had a civilian revolver or pistol club, that is until now. 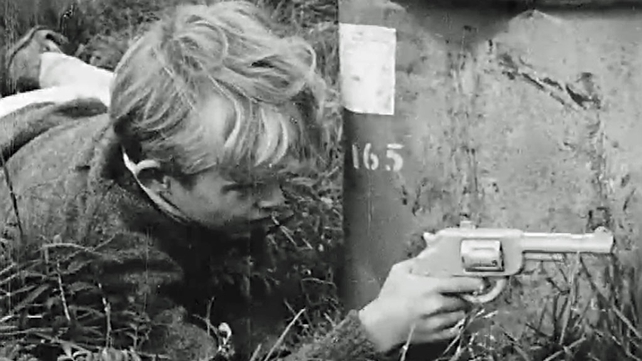 The City of Dublin Rifle and Pistol Club was formed in 1960 and now has over thirty members. Upon joining the club, the new members are shown the ropes and learn about the differences between revolvers and automatic pistols. New members are not allowed to handle a weapon until they are thoroughly familiar with its mechanics. A licence is required to own a gun and before being accepted as a member of the club he must already be a licensed rifle holder.

As there is currently only one gun club in Ireland, there is no competition.

This episode of 'Broadsheet' was broadcast on 5 September 1962.