Edition 102 of Century Ireland is out on 7 June with all the news from 100 years ago.

United they stand: Irishmen from north and south join forces in Messines
8 June 1917

In the capture of Messines Ridge on the Western Front, one of the most striking features of the Allied advance was the sight of northern and southern Irishmen, from opposing political factions at home, fighting alongside each other. Indeed a group of southern Irishmen presented a cup for competition between various companies of northerners to see who might get to the top of Messines Ridge first.

There has been bitter condemnation of people who hoard potatoes. The condemnation – in the midst of wider food shortages in Ireland – came at the Annual General Meeting of the Hotel and Tourist Association. The Lord Mayor of Dublin, Laurence O’Neill, also criticised the gross mismanagement of food supplies in the country and the fact that, as a result of orders from the Food Controller, potatoes were left rotting in the country. 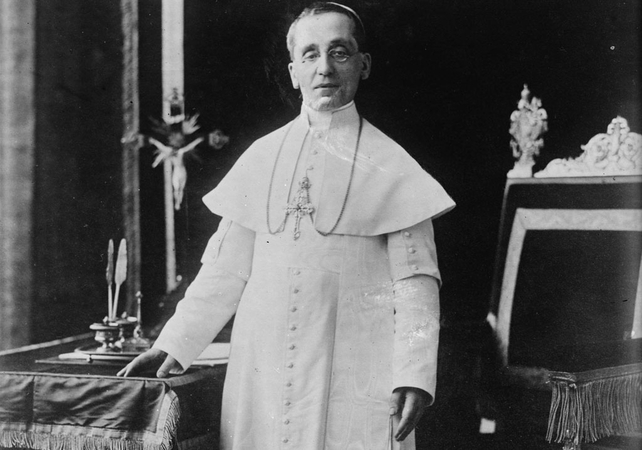 Pope Benedict XV met M. Sokolow, a member of the Zionist Executive Committee, for 45 minutes yesterday in Rome. The Pope stated that he saw no obstacle to the establishment of a national home in Palestine for Jewish people and was concerned only with the holy places, which, he trusted, would be properly safeguarded by special arrangement. M. Solokov gave the assurance that the Jewish people would most carefully respect Christian religious properties and Christian sentiments.

Major Willie Redmond has been killed while fighting in the Great War in France.
Major Redmond, the MP for East Clare and the younger brother of Irish party leader John Redmond, died on 7 June 1917 from wounds suffered in the battle for Messines Ridge.

The economy of Cork is set to be transformed by the opening of the proposed Ford Tractor Factory in the city. The Annual General Meeting of the Cork Industrial Development Authority revelled in the decision of Ford to open a factory in the city. Ford’s Managing Director, Mr Perry, explained that the company had come to Cork due to the efforts of the Cork Industrial Development Authority and that he had ‘done business all over the world’ but had ‘never had the privilege of doing business with men so businesslike....’ the upbeat nature of the meeting stood in dramatic contrast to the gloom around economic stagnation and emigration that had been for so long dominant in Irish economic news.

The King of Greece has abdicated the throne. King Constantine came to the throne in 1913 when his father was murdered by an assassin in Salonika. The king’s reputation was made through Greek successes in the Second Balkan War. The Great War has proved much more difficult, however, as the greeks came under pressure from all sides to the conflict, while internal pressure sundered the country in two or more factions.  The news of the abdication – which is not considered a surprise – came as reports suggest that there have ben no disturbances on the streets of Athens.

There were scenes of jubilation at Westland Row train station yesterday where thousands of people had gathered, many with Sinn Féin flags. The arrival of the released Republican prisoners at the station brought extraordinary scenes of excitement. Flags were waved and huge cheers filled the air as the prisoners left the station, one after the next.

Eamon de Valera has been selected at a meeting of about 200 Sinn Féin delegates at the Old Ground Hotel, Ennis to represent the party in the forthcoming East Clare By-election. A number of priests were among the attendance. It has initially been rumoured that Austin Stack from Tralee would be the Sinn Féin candidate, but in the end it was Éamon de Valera who emerged as the party’s choice.